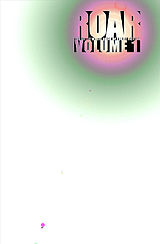 When Ben Goodridge joined BDB to assist Alex Vance he took over editorial duties of FANG and began what was to become the first non-erotic volume of that line. During its development it became clear that a separate imprint would be of greater benefit to writers and readers, and when Cinnamon DeWolf joined the team as editor of FANG, the volume Ben had been working on was split off as the first issue of a new line, called ROAR.

The first volume was published by BDB and sold through FurPlanet and Lulu.com at Anthrocon '07. Four volumes had been produced as of June 2012.