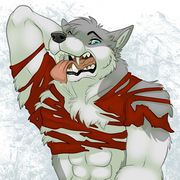 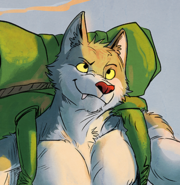 Poweron, also known as Corvis, is an art commissioner and writer of furry erotica. His fursona is a werewolf.[1]

Corvis is the author of the furry erotica Spreading TF series of stories, in which various characters undergo radical transformations into fuzzy were-creatures, usually in highly graphic and ways.

Corvis has created a variety of characters featured in his stories and art commissions.