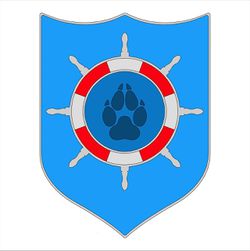 PlymouthFurs is a regional furry group centered around the city of Plymouth in the United Kingdom. It also covers a majority of the Devon and Cornwall area. They hold monthly fur-meets on the last Saturday of every month.

The PlymouthFurs group was set up by LupoWuff in late 2015, after the noticed there was very little if any furry events in the Plymouth and Exeter areas. The first PlymouthFur meets were held at a local student hangout, a cafe known as the Caffeine Club and were simply social gatherings once a month. The very first coffee meet was held on Friday 23rd of October 2015 and was a big success with 13 attendees. With plenty of advertisement via Facebook and on Twitter the meets continued to grow. Exact numbers at each meet vary, with some meets only having a small group of five or six, and with the larger meets having up to 20 attendees. Their record meet was on the 26th of November 2016 with 34 attendees.

The meets continued to run at the Caffeine Club for many months. However the meets began to outgrow the venue, and many wanted to try something different than the normal routine of sticking to the same venue for every meet. Therefore it was decided that one month the meet would take place in the normal venue, while the following month would be a trip or outing somewhere in the nearby area, with the month following that returning to the venue, and so forth. This proved very popular and allowed the PlymouthFurs group to expand to other parts of Devon and Cornwall.

Towards the end of 2016, the regular venue of the PlymouthFurs moved from the Caffeine Club, to a similar venue called Goodbody's on Mutley Plain. As well as the coffee meets, the PlymouthFurs have hosted cinema trips, a trip to Devon's Crealy Adventure park, and a Christmas Dinner event with many more events were planned for 2017.

In September 2017, LupoWuff stood down as organiser, and as a result the group was disbanded, and all meets for 2017 were cancelled. Shortly after, Ginsent took over organising the group, and meets continued as normal, with a new venue being announced at the end of the September meet.

During the majority of 2018, PlymouthFurs meets were held at The Pig cafe on Armada Way in Plymouth town centre. This proved to be a successful venue due to the location, which allowed regular fursuit walks to take place.

With the departure of Ginsent from the staff in September 2018, the furmeets once again halted temporarily whilst a new venue and staff were found.

It was further decided that, rather than having a single person as overall leader, the group will be run by the current administrators equally between them.