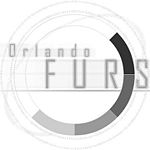 OFURS was the name of a group founded on December 7th, 2004 by Blaze Darkarma. Mostly composed of Orlando Furs, it had grown from the original seven members to almost 250 as of March 2007, and had formed relationships with most of the regional groups within Florida, including the Jacksonville Furs, the North Central Florida Furs, The Polk County Furs, and also The Palm Beach Furs. The organizers of those groups also had a position within the Orlando Furs staff as Orlando Furs Contacts.

As of January 2020, this group appears to be defunct, though furries are still active in Orlando.