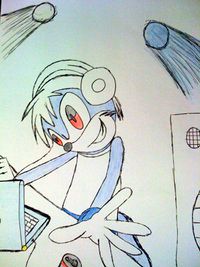 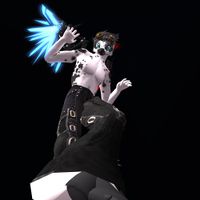 NinjaRisu NineTails (also referred to as DJ Risu or Risu; born December 25, 1977) is a DJ from the western suburbs of Chicago, Illinois, U.S.A. His fursona is a white/light blue squirrel.

NinjRisu has been a furry almost all his life, even before he knew what furry (or anthropomorphic) meant.

On Second Life, NinjaRisu is a Pachirisu and a Cyber SquinnyChilla (Squirrel/Bunny/Chinchilla hybrid). He is taken in Second Life, as well as in real life, by his mate, Bliz Shamninetails.

NinjaRisu is a DJ and former Assistant DJ Manager in the International Yiff Center, where he was hired August 2, 2011 and premiered the next day on August 3, 2011.