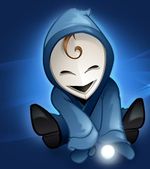 NakamaCon was a one time convention that first took place in Madison, Wisconsin on May 27 - 31, 2010. The convention was centered around Japanese anime, anthropomorphic works, and steampunk, and took place at the Raddison Hotel Madison.

Nakamacon 2011 was planned to take place on May 27-29. On March 13, 2011, an announcement was made that the convention was cancelled.[3] The website was replaced with a notice explaining the reasons for cancellation, noting that a few too many key members of the convention staff had encountered real life issues that prevented them from working on preparing for the convention. However, former webmaster and payment manager S-Config claimed that the decision was taken solely by the convention chair Chessie Sutherland "reckless and irrational", and a surprise to most of the organizers.[4]

As of February 2012, the main website has since been removed, and both Twitter and Facebook accounts remain unupdated since March 2011, implying that the Convention may be canceled for good although theres never been any announcement regarding the matter. A number of fans and former attendees have expressed interest in starting up an alternative convention or even reviving NakamaCon for a future date but nothing has come up outside of discussion.

In November 2014, another convention named "NakamaCon" took place in Panama City Beach, Florida. It appears to be unrelated to the Wisconsin event.