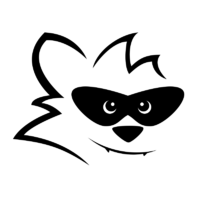 Midwest FurFest (a.k.a. MFF) is the world's largest in-person furry convention with an attendance of 13,641 as of December, 2022. It is held annually in Rosemont, Illinois. The convention has been running as a separate entity since 2000. 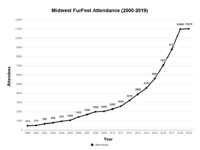 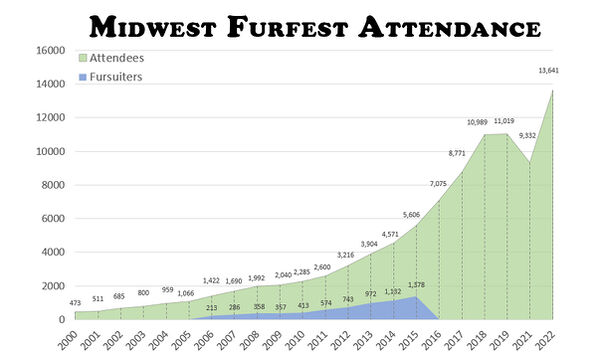 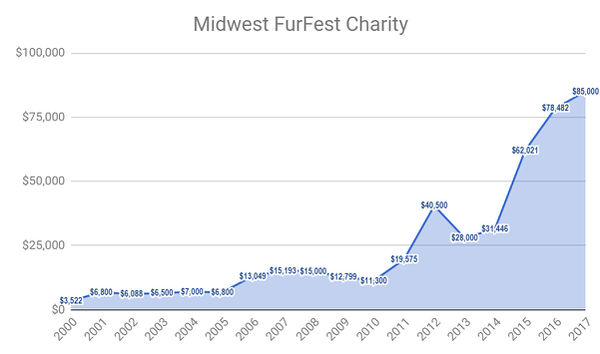