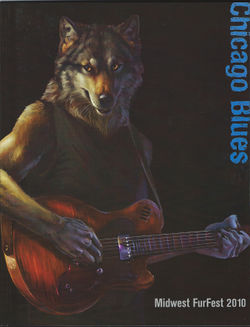 Midwest FurFest 2010 was a convention that was held at the Hyatt Regency O'Hare in Rosemont, Illinois from November 19th to November 21st, 2010. Total attendance was 2,285, including 413 participants in the fursuit parade.

This was the first year the convention was held at this location, and opinions on the quality of the venue were generally very positive. Some of the space had been committed to an annual conference of The PhD Project that ended that Friday, which delayed the opening of con suite until 5pm that day.