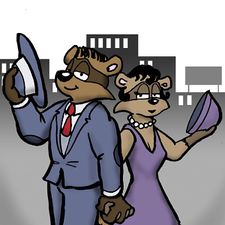 Midwest FurFest 2003 was a convention that was held at the Hyatt Regency Woodfield in Schaumburg, Illinois from November 21st to November 23rd, 2003. Total attendance was 800.[1]

Aureth again chaired the convention in 2003. At the end of the convention, Aureth followed the "two years and out" tradition established by Robert King and turned the reins over to Dan Hauschild (aka Takaza J. Wolf). Mary Jo Pehl of Mystery Science Theater 3000 appeared.