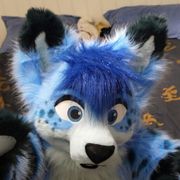 Lumo, previously known as Regandor[1] and Rogern[2], is a Norwegian artist and fursuiter. He is very found of cooking, watching anime, and playing video and online games.

Lumo's fiance is Fangz, and both are active in the Norwegian furry network.

Lumo discovered the furry fandom in 2006, but had been drawing and watching furry art for many years before that. 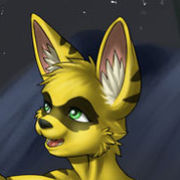 Lumo's fursona is a blue fox-cat hybrid. He used to have a yellow cat-raccoon hybrid character.[3]