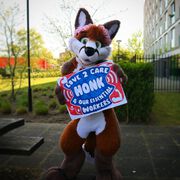 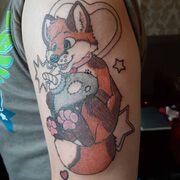 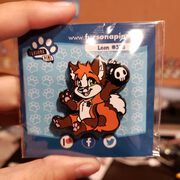 Leon the Fox, also known as Leon Foxy (born 25th of December), is a designer, fursuiter and YouTuber from North Brabant, The Netherlands.[1]

Outside of fursuiting, Leon the Fox wears a flower chaplet on his fursuit head.

Leon hosts a channel on YouTube called Fur Your Anthrotainment.

The channel usually does random skits, dancing, gaming, Q&A's and other furry related content.[2] In addition, they also do livestreams as well.

The channel usually does livestream charity and gaming. It currently has 2700+ followers.