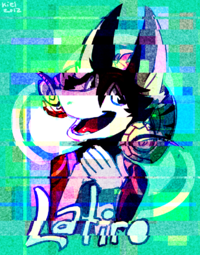 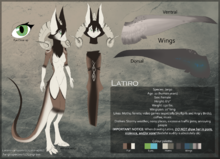 Latiro is a female artist and commissioner. She is obsessed with the fighting game Skullgirls.

Latiro's other character is Loki Arin, an extraterrestrial humanoid being known as a "starblood" (Latiro's fictional human-like species). He is extremely tall (standing 8'3"), and is often depicted as a handsome, womanizing court jester. He was first created in February, 2011.