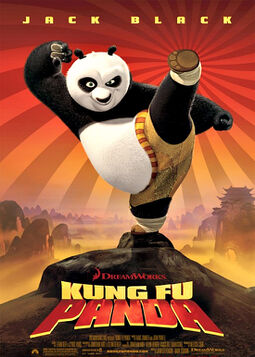 Kung Fu Panda, as a work taking place in a World of Funny Animals has a large furry fandom following who mostly focus on Tigress (and her relationship with Po).

The cast of Kung Fu Panda is made up entirely of anthropomorphic asian animals, including: