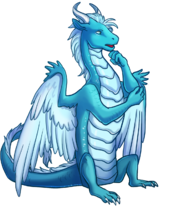 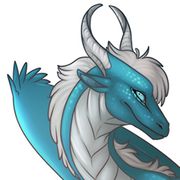 On Reddit, Kothorix helped create and moderate a subreddit for furry YouTubers, r/FurTube.[2].

On November 1, 2018, Kothorix announced his departure from the furry fandom, criticizing and accusing its identity at the time as "toxic". [3]

Kothorix's fursona was a male blue-colored, ice dragon with white, feathered wings. He was a part Western and Eastern dragon who could grab objects with his claw-like fingers.

This sona is now used as an online avatar for his rebranded video channels and sites.

On March 7, 2019, Kothorix rebranded his YouTube channel to Kothism[clarify] to officially distance it from his former furry sub-cultural identity. His channel now focuses on "analyzing opinions, perspectives, and ideas from a practical and morally relativistic standpoint."[4] He briefly used a robot avatar as a replacement for his dragon one, which was later reverted back due to poor reception.

On March 29, 2019, despite leaving the furry fandom, he stated that while he finds many members to be immature, he doesn't hate the fandom entirely.[5]