Howlr was a furry dating app, similar to the mainstream app Grindr, that relies on user location to find other furries around the user.

It allowed users to set up a very complete profile and join groups related to events they're attending, personal and artistic interests, and kinks they identify with and then filter users according to these.

It also featured a chat and a Like system that allows a user to let someone know they like the profile, and eventually break the ice. 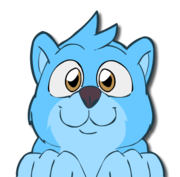 The app was made available for beta testing on May 16, 2018, [1] on Android, via a private link and apk file. Although the link was dispatched to no more than 200 people, the application counted over an overwhelming thousand users by the end of the beta, as a result of testers passing the link around.

Although the general release was planned on June 22, 2018, the Howlr crew had announced possible delays for the iOS release, as they encountered technical issues with iOS development, as well as being slowed down by Apple for various reasons.

After revelations regarding the founder, Stormy, came to light many in the furry community voiced their displeasure in using an app where the founder once had sex with animals.[5]Stormy decided to step down in order to prevent Howlr collapsing due to the outcry from the community.[6] Stormy resigned stating regret, but was outed due to the zeta symbol in his Twitter profile.

On the 12th of February 2022, the Howlr Team announced their full Shutdown of the App on February 26th, 2022 in favour of barq, as Development on Howlr had been on hold for a while.

The visuals of the app were made by Alex, for the logo and mascot of the app, and Ciryss, for the group pictograms[8].

After that, the entire PR, development, financing, moderation, and maintenance of the app was handled by the remaining developers of the Howlr Lab.

The app remains registered under Stormy's name on the app stores, for practicality reasons, and for the developers to avoid having to restart the whole publishing process from square one.

The app was created via Expo, a tool to create React Native application that is easily portable to iOS and Android.
The front-end of the app is made with React Native, while the back-end is Ruby on Rails.

The source code of the app is now available on the howlrapp Github.

The success of Howlr resulted in the developer team creating the Howlr Lab, a platform that would serve as a launcher for many other applications, websites, and services to help the community[10].

The Howlr dating app and all the following Howlr Lab apps were free, and with no advertisement at all. Before the 7th of August, 2018, the estimated $2000 per year cost generated by the Howlr Lab was entirely taken care of by its previous owner, Stormy. He had mentioned the team's wish to work through donation campaigns or any other non-invading financing method, whenever he'd not be able to handle such costs anymore.

However, as of today, the stated cost of running the app is about 100€/month [11] and is mainly supported by the Patreon subscribers (70€).

Flayrah has a related story:
Furry hook-up application Howlr to shut down by end of Feburary
Retrieved from "https://en.wikifur.com/w/index.php?title=Howlr&oldid=551428"
Categories: