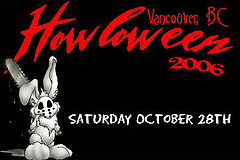 Howloween 2006 was held on October 28th at Coquitlam, British Columbia in Canada. Fursuit-optional bowling was held the next day on October 29th.

Admission was $20 CDN; attendees who pre-registered before September 30th received a Howloween T-shirt with their membership. Total paid attendance exceeded the previous year with 119 furs. This increase in attendance is believed to be a result of the cancellation of Conifur Northwest 2006 earlier in the year.

North at fursuit bowling after Howloween 2006.

The gaming room at Howloween 2006 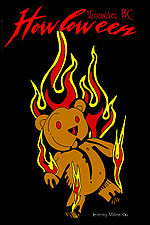