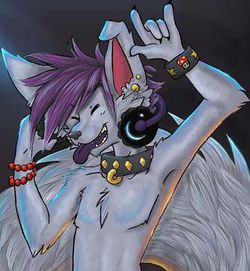 Ghost is known to produce diverse styles of electronic music and has gained a notoriety through the internet as an enthusiastic contributor of both sound design and experimentation. Combining old and new sounds, he has continued to grab the attention of record labels and other producers around the world. His personal inspiration is Renard Queenston of LapFox Trax (formerly VULPvibe).

In 2013, Ghost founded his own independent label, SINESPAWN, in which he continues to release his music under several aliases, each with their own sense of style and personality.

Apart from music, Ghost also enjoys playing video games and has participated in gaming marathons along with several fundraisers for ongoing charity causes such as medical research.