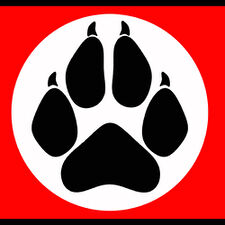 Furzi, also known as Die Deutsch Furmacht, are a group of Nazi furs in the virtual world of Second Life. It was founded by Rainbow Pirandello and Spotz Spork. Literal translation from German is "Farti" (furzen meaning farting and furzi is someone who farts)

Das Waffenamt store was both a German/Axis military paraphernalia shop, and the groups official headquarters. Every Friday evening, WWII march and propaganda music is streamed on site to "give a feel for the time period."

On March 22nd, 2007,[1][2] the Furzi Truppenverband came to ideological loggerheads with the both the Jews of Second Life and Zionist Association of Second Life groups, and later the Second Life Jewish Defense League (the Second Life branch of the Jewish Defense League) when a Jewish user encountered Shani Nosferatu, wearing a totenkopf as part of her avatar. She objected to the non-historical display of the symbol in public and demanded that Shani remove the Nazi regalia, at least while at the (non-Furzi/WWII related) store.

The individual refused to remove the item, and an argument between the owners of Black Opsand the offended party about a user's First Amendment right to wear offensive symbols resulted in said party summoning a member of the JSL to the premises. After receiving the same response again, they were directed to the store were the original item had been purchased, Das Waffenamt on the Triphosa sim.

At that location, it was discovered that Das Waffenamt, run by the Fuzis, was selling Nazi-era anti-Semitic propaganda posters in addition to the Nazi items. The requests of removal by the Jewish users was met with refusal by the store/group owners on the grounds that it was their right under the Constitution of the United States to sell these items. It was further stated by the store's owners that the acts had been committed by an individual that was not a member the Furzi group, and that the owners entrust avatars who shop at Das Waffenamt to follow all Second Life Acceptable Use Policy guidelines. The Jewish users argued that the Furzis were violating the Second Life Community Standards.

The entire group Jews of Second Life, which has in excess of 200 members, was then banned from the Furzi's property. Spotz Spork also asserted that he was a member of BanLink, which could be described as a ban list system, and that anyone banned from his property would also be banned from any other place in the BanLink system. Many Jewish users who had no knowledge or involvement in the incident were upset that they were collator banned simply for being part of "Jews of Second Life".

The matter was later covered in the second issue of 2life (domain 2lifemagazine.com for sale since circa 2011, probably cybersquatted), an online magazine dedicated to Jewish matters on Second life.[3]

The anti-hate groups Second Lifer's Against Hate, Second Life Jewish Defense Leauge, and the Zionist Association of Second Life spent several months gathering evidence of racism and anti-Semitism in Second Life. The groups put together a report on Neo-Nazi activity in Second Life documenting the information, much of which centered around the Furzis. Included in the report are incidents of the Nazi furs constructing objects, uploading images, and creating avatars based on self-professed racist and/or anti-Semitic ideology. Chat logs of hate speech were also recorded such as "Zykloning a Jew, it will be the best day of our lives!"[citation needed]

With such groups objecting to the presence of the Furzis inworld, along with the aforementioned report clearly showing the group was violating the Second Life Community Standards Second Life Community Standards, Linden Lab took action against them to the effect that the leader, Spotz Spork was permanently banned, several other members received temporary bans, and all objects sold at their Nazi stores were deleted.[4] 2Life Magazine published another article about the Furzis to cover these events.[5]

A member of Furzi, identified as Orkronos Brandenburg, was also arrested on illegal possession of firearms (and prosecuted?) in Canada due to information gathered during the investigation. The RCMP (Royal Canadian Mounted Police) received authorization to destroy Orkronos's firearms and were seeking a court ordered Firearms Prohibition and conditions which will compel Orkronos to seek counseling.[6]

Within a few days, the MAC address ban on the leader was lifted and all of the offending items were made freebies rather than items to be sold, although the username "Spotz Spork" is permanently banned. Previous to the report being published Spotz Spork re-registered as Spotz Spoog, however the groups were deleted by Linden Lab and the Furzi users dispersed.[citation needed]