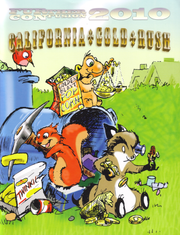 The cover of the Further Confusion 2010 conbook. 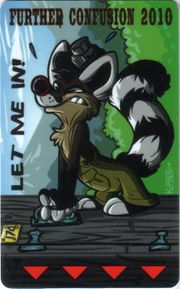 Money will be raised for TherapyPets, Guide Dogs for the Blind, and NARF Animal Rescue.[2]

About the Guests of Honor[edit]

In November 2009, several attendees found themselves struck with unexpected charges by the Fairmont hotel.[3] A one-night charge was noted in the hotel FAQ (under the title "Is there any penalty for cancellation of rooms?"[4]), but this policy was not clearly communicated to attendees, convention hotel liaison staff,[5] or the hotel's own front desk, and there was significant confusion about whether a deposit would be taken, or merely a charge in the event of a cancellation.[6][7][8] In some cases the entire stay was charged,[9][10][11] though many additional charges were refunded.[12] Some reported being hit with overdraft fees as a result of the charges.[13]