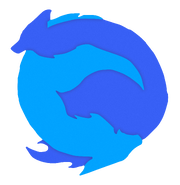 Furry Shenanigans is a furry community group, comprising furries residing in the counties of Northumberland, Tyne and Wear and County Durham, England.

They are mainly centered around the latter two counties where they regularly go to the city of Newcastle and the Beamish living history museum. The community is almost a hundred furs strong. It holds regular furmeets for the community and occasional mini meets that are smaller, these sometimes include beach BBQs or arcade trips.<

The meets are run by a team of volunteers that can be found on the Furry Shenanigans website. A fursuit walk is usually incorporated into the event that is entirely dependent on the weather.