This article is about the internet magazine. For the social news website, see furryne.ws. 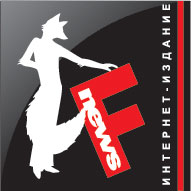 Furry News was a Russian Internet news magazine devoted to the furry fandom, published roughly once a month from December 2008 to September 2009.

Furry News focused on the furry subculture - not only for furries, but for non-furries as well. The magazine's target audience was furries of all age, sex and orientations, as well as people wishing to get acquainted with the furry subculture. Consequently, no yiffy articles or artwork were present.

Unlike some other furry news magazines, Furry News was published once a month and was not a collection of furry art and stories, but a guide to the furry world. The magazine placed an emphasis on informative articles, but also included special sections, such as "Workshop", "Multilunch", "Furrylogy", and "Foreign Review".

Furry News was open to submissions from authors and artists. The decision to publish these submissions was made by the Editor-in-Chief.