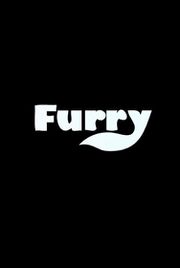 Furry is a short comedy film written, directed, and edited by Lindsey Batdorf.[1] Running at twenty minutes, the film was produced at Ringling College of Art and Design in Sarasota, Florida, U.S.A., as Batdorf's senior thesis project.

The synopsis of Furry reads:[1]

The film is about Ryan Wetherby, a 23-year-old illustrator who is obsessed with his childhood wolf character named Kitsu. He finally has an opportunity to get together with the girl of his dreams, a co-worker named Emily. He faces a dilemma, however: should he tell Emily about his furry obsession, or should he hide it from her? It doesn’t help that his “out-and-proud” furry friend, Terry, is always looking to convert new people to the fandom!

Batdorf learnt about the furry fandom from a college roommate who had a tigress fursona and who loved to draw Sonic the Hedgehog artwork. Investigating further, Batdorf found that beneath the negative reputation it sometimes gets from the media, the furry fandom was "a nerdy yet fun-loving community of nice folks". Batdorf subsequently attended Anthrocon 2010.

Batdorf was inspired to write a screenplay centring on furries, and in October, 2010, a casting call was made for the four characters in the story.[2] Eventually cast were:[3]

Filming took place in Spring, 2011, with an anticipated shooting time of twelve days.[4] On January 14, filming of a scene with a caveman took place in Saratoga's Summerfield Park.[5] Later, furries with "furry gear" were invited to be extras in a scene being filmed at the Van Wezel Performing Arts Hall.[6]

The completed film premiered in May, 2011,[7] and Furry won Lindsey Batdorf the Best Director award at the Movieville International Film Festival (hosted by the Sarasota Film Society over June 17-19, 2011).[8]