Islands in FurNation Worlds on February 2014 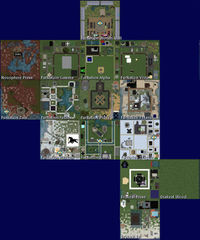 Islands in FurNation Worlds on February 2008

Islands in FurNation Worlds on 2006 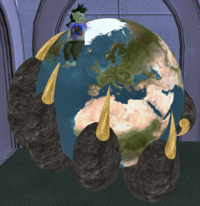 Globe in the now-defunct FurNation Tria, one of the main landmarks of the sim cluster (date unknown)

FurNation Worlds is a group of several islands in Second Life. Primarily maintained by Nexxus and other members of the FurNation web hosting service, it contains public areas for furs to socialize, two sandboxes for building, a Skymall to allow vendors to sell their wares and Club Fur, a virtual nightclub. The land is rated "mature", allowing adult content, including pose balls that simulate sexual activities.

FurNation Worlds was launched in 2005 by Nexxus, and was among the first islands to be launched away from the mainland as the latter region was becoming crowded with tenants. Over the next two years, FurNation Worlds expanded immensely with mainly furry buyers of lands and islands, with multiple financial conflicts arising out of such a situation.

From May 23, 2009 onwards (the day that the original FurNation website created by Nexus closed due to lack of funds[citation needed]) FurNation Worlds region retained the "FurNation" moniker for an indefinite period. The FurNation Prime sim was slated to go offline for similar reasons.[clarify][citation needed]

FurNation Worlds was run by Corsi Mousehold from December of 2009, till May of 2013. At it's largest point, there were fourteen sims, FurNation Alpha, Dragon, Dystopia, Fusion, Gryphon, Hell, Heroes, Noosphere Prime, Phoenix, Polaris, Prime, Purgatory, Vista, and Zagerion Forest.

On June 1, 2013, FurNation Worlds reopened[clarify] under a new management, directed by Inferniel Solvang, who took over the project, with the previous management being let let go.[citation needed] Some of the new staff includes mmbers from the social network side of FurNation.[clarify][citation needed] 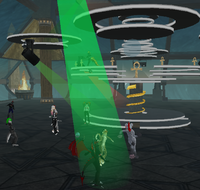 Because these islands are one of the focal points for furry activity in Second Life, lag there can be fairly high. There were attempts to decrease lag caused by the numerous buildings on the original two islands by reducing the size of the textures being used as much as possible, without sacrificing too much quality.

Initially much of the funds for expansion of the island group came from referral and dwell time bonuses. These have since dried up, and so alternative forms of income were and are being explored. Island tier fees are reportedly covered half by rental fees (e.g. L$350/786 sq. m with 350 primitives allowed) and Skymall income, and half by donations.

With the selling off of Furnation Hell and Alpha, the last Sandbox/ non purely residential sims in the Furnation sims, Furnation's time as the focal point of furry activity as arguably come to and end.

The islands are a mix of public features and private land. All the land is jointly owned by the FurNation admin group, which until December 2006 made it not possible for users to terraform or return items left by other people, as it was not "their" land.

Omega was dominated by a sandbox surrounded by residential and commercial plots. It was constructed when Vista started running out of room. As of April 2007, Omega has been removed from FurNation Worlds.Its currently known as Malamutopia. Later went offline due to owner got banned off sl for copybotting.