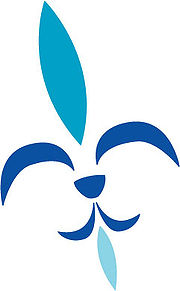 FrancoFur is a furry community for French-speaking furries based in province of Québec, Canada.

Established in August 2009 by Kimen, the group held furmeets alternating between important cities in the province; Montreal, Québec and Trois-Rivières (later replaced by Sherbrooke) for over a year. Loki succeed Kimen as administrator in September 2009. As of February 2012, Dragoon Gurbux as succeed Loki as the administrator. The website was closed down temporarily on December 30th 2010.

Shortly after its closure, two new websites were created; Furrybook on December 31st, 2010 and later QueFur. However, it was chosen by FrancoFur's officials somewhere in January 2011 that FurryBook, now known as Qc-Furry would be the new home for the Quebec Furry community. Despite the fact that the website's address was Qc-Furry.com, the new site was referred as FrancoFur, used the very same template and administration team. In September 2011, the forum was then moved back to its original domain, FrancoFur.com.

As of mid-November the group is composed of 113 members (although previous version of the forums had up to 175 registered users) and about one third is active.

It had been specified by group officials that the website and group had not been created to compete with other local groups such as MonFur.[citation needed]

The group's goals were to present a better image of furry fandom to the media; members of the group have been featured on TV5 Québec Canada in September 2009.

Strangely in october 2018 the domaine was registered and a new forum is open, the new owner is unknow today , it feel like they want to do like what the abandonned facebook page Les Furries Du Québec try to do , keep the staff hidden to prevent any assault on it from random furries