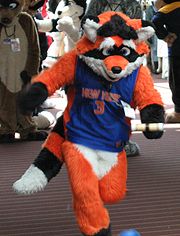 Foxwell is a founding member of Hi-4, a not-for-profit organization that provides free entertainment to charity events in the New York City metro area. He was featured in the short 2009 documentary A Tail of Identity. He also appeared as romantic lead in the music video for Higher Than the Stars by The Pains of Being Pure at Heart.