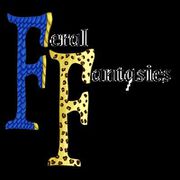 The logo of Feral Fantasies

Feral Fantasies is the name of an online business specializing in the sale and creation of toys of a sexual nature. Feral Fantasies first opened for business on the 10th of April 2021 and operates inside of the United Kingdom. It offers adult and custom made adult toys upon request[1]. Whilst the business is open, as of June 2021 they are still experimenting with their creations, some of them being imperfect necessitating creation methods being tinkered with.[2]. A handful of products are available as of June 2021, a system for purchase is in place and a methods for contacting the creators/owners are on their website.[3]

The models are designed on Blender before being printed with a Prusa i3 MK3s 3D printer and having artifacts removed with a filler putty. The products are then finished with a gloss spray paint before a surround is printed which then makes the outside of the mould. With the inner and outer mould made, the space between the two is then filled with silicon to create a mould for the toy. After, a release agent is sprayed into the ready mould, silicon is then poured into it to cast the toy. Once it has cured the finished product is cleaned and ready to be tested. If up to standard and working as intended with no unexpected flaws, the design is good to go and new casts can be made and sent off to customers.

The business is owned and operated by Grim and Koda Panthera from England and the United States respectively.[4]