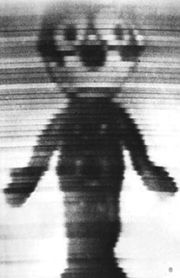 Felix the Cat is one of the earliest examples of funny animal animation from the silent-film era. Felix first appeared in 1919 from Paramount Pictures, but his origins remain disputed between claims from film entrepreneur Pat Sullivan and animator Otto Messmer. The arrival of talking cartoon characters such as Mickey Mouse soon eclipsed the popularity of Felix.

Joe Oriolo, the creator of Casper the Friendly Ghost and the protegé of Messmer, struck a deal with Sullivan's nephew to bring a new series of Felix cartoons to television through Trans-Lux in 1958.

In 2000 the Baby Felix animated series was launched by Oriolo's son Don for Japanese television.