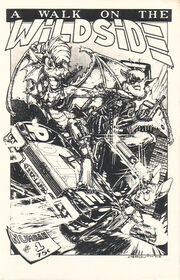 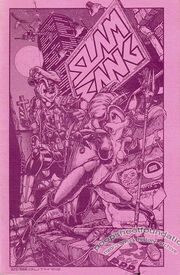 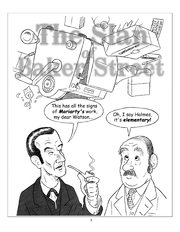 A fanzine, or just zine (blend of fan and magazine or -zine) is a non-professional and non-official publication produced by enthusiasts/fans of a particular fandom or cultural phenomenon (i.e. literary, musical, etc) for the pleasure of others who share their interest.

The term was coined in October 1940 by Russ Chauvenet, and first popularized within science fiction fandom, whereas it was later adopted by other communities.

The term "fanzine" is sometimes confused with fan magazine, but the latter term most often refers to commercially produced publications for (rather than by) fans.

Typically, fanzine contributing publishers, editors, writers, artists, and other contributors of articles or illustrations are not paid for their efforts, except those fanzines that can pay a nominal payment, offer letters of comments (LoCs), and/or by offering free copies of the final product (which some contributors can then resell at sites and venues)

Fanzines are either circulated free of charge, with a nominal cost to defray postage or production expenses, or sold for a low sales amount, and they may be obtained directly from the publisher, online stores, and/or at a conventions dealers den or artists alley.

Some fanzines are typed and photocopied by amateurs using standard home office equipment, others are developed into professional publications (sometimes known as prozines), and many professional writers were first published in fanzines, with some continuing to contribute after establishing a professional reputation.

Currently, webzines (also known as online magazines and/or electronic magazines, also known as e-magazines) are taking over the common paper fanzine, via either PDFs, shareable via USB drives, or posted directly online on the World Wide Web. Ezine, also spelled as e-zine is a more specialized term appropriately used for small magazines and newsletters distributed by an electronic mean (i.e. emails). The use of internet jargon to distinguish between paper vs electronic fanzines is done to reflect their readership demographics or to capture alternative terms and spellings during an online search.

Small Press Comics Explosion, a magazine published by Tim Corrigan from 1986 to 1990,[1] pulled the herculean task of showcasing and reviewing the almost total bulk of fanzine Americana during that time period.

The Poopsheet Foundation is a (WIP) virtual/online archive showcasing mini-comics, fanzines, small press comics, newave comix, and other related items. The physical part of the foundation is built with personal acquisitions as well as donations from supporters.

Many fanzines are compilations of many different creative works which may or may not be based loosely around a central theme. Others include continuing stories chronicling events in one or more shared universes, and their ratings can range from G to NC-17.

Even with modern ways to distribute fanzines, a small number of paper furry fanzines are still in circulation. As with mainstream publications, furry fanzines may be obtained directly from publishers, online stores like Rabbit Valley or Second Ed, or at a furry conventions dealers den or artists alley.

Rowrbrazzle, also known as Brazzle, a magazine devoted to funny animal cartoon illustrations and literature, is often mislabeled as a "fanzine", while it actually being an amateur press association (APA) publication.

Known artists that have contributed to fanzines (furry or not) include Marc Schirmeister, Taral Wayne, Jeff Wood, Bob M. Guthrie, Donna Barr, and Mike Kazaleh, among others.