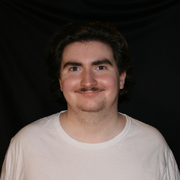 Félix is a Unix administrator, software developer, and web developer. Félix was professionally diagnosed with Asperger Syndrome around the age of 17. He has had a severe case Mysophobia (also known as germaphobia) since the age of 12. [5]

Félix's fursona is a spotted hyena.[5]