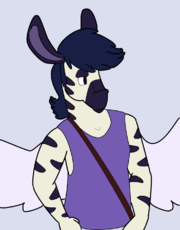 In real life, Equivamp lives in the Kansas City area.