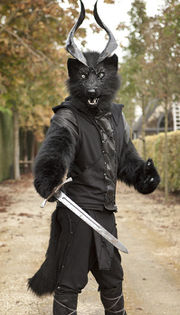 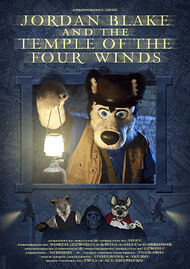 EZ started his career as an advertising photographer in the early nineties and became involved in professional video and film producing in 1997. Being a photographer and part of the fandom has resulted in many furry related videos and photographic art.

EzWolf has made several music videos which have been uploaded to YouTube. The most popular song they parodied was Furry Gangnam Style, a parody of Gangnam Style by Psy which was uploaded on October 16, 2012, at the height of Gangnam Style's popularity.[3]

EZwolf is the creator of the EZCooldown vest, cooling vests for costume performers (including fursuiters).

EZwolf's most-watched work may be the All The Single Furries!, a parody of Single Ladies (Put a Ring on It) by Beyoncé. The original music video, which was uploaded by Evil Sibe on August 31, 2014 under his "Stinky Skusky" alt account on YouTube is consideredTemplate:Wsho to be one of the worst things to have come out of the Furry community.[citation needed] The music video currently has 70,000 dislikes as of December 2018.[4]