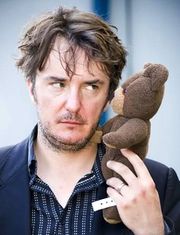 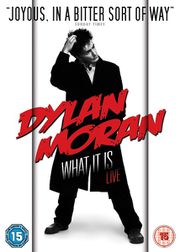 What It Is DVD cover

Dylan Moran is an Irish stand-up comedian, most noted for his sitcom Black Books, which he co-created, co-wrote and starred in, and was broadcast on the British network Channel 4 between 2000 and 2004.