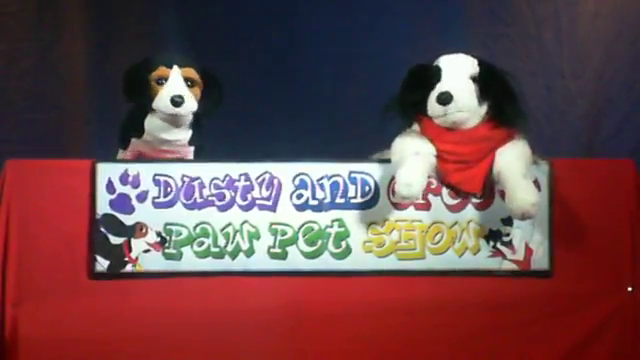 The Dusty and Oreo Pawpet Show is a monthly Internet broadcast that features the puppetry talent of a couple of Nova Scotia Furs. The founders of the show are Electro Fox and Shugo Pup.

The Dusty & Oreo Pawpet Show started in December 2011. Producers, Electro Fox & Shugo Pup had become inspired to start their own internet pawpet show after watching countless hours of The Funday Pawpet Show and similar shows.
What Is?
What is The Dusty & Oreo Pawpet Show? To sum the entire show into one word; it’s comedy. The goal of the show is to bring laughter to anyone who tunes in. Electro & Shugo want to express their subcouncious pawpet characters to the world in hopes to make people laugh and feel good about themselves.
The Future…
The future of the show looks strong. Electro & Shugo come up with ideas after every broadcast. Whether the show is being held together by duct tape or cramped in a small room, producers Electro & Shugo will continue to bring hysteria to everyone’s laptop & desktop.