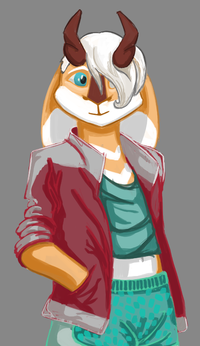 Doa Ashwood as drawn by himself

Doa Ashwood, also known as Doa The Jackalope, is a male furry artist who lives near Dallas, Texas, USA.

Doa has a BFA in Illustration and does commissions.