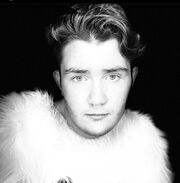 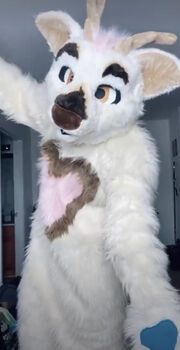 Derrpy The Deer on Tik Tok

Derrpy The Deer also known as Derrpy (real name Jonathan Mitchell; born November 10, 2001) in Cheyenne, Wyoming, USA, is a fursuiter, fursuit maker and YouTuber who lives in Arkansas, USA. He is the founder of FairyTailsEShop.

Since 2013, Derrpy moved from foster home to foster home and was in and out of mental treatment Centers when there were no homes available. While living in a home in Colorado, Derrpy turned 18 and chose to leave.

In January of 2020, Derrpy moved from Colorado to Arkansas to live with Barry Angel Dragon, where he started focusing on growing his social media following.

In July 2019, He discovered the fandom through Telephone's videos on Youtube.

On January 26, 2020, He uploaded his Best of DerrpytheDeer Vol.1 first video to his channel featured his compilation about his Tik Tok videos.

Derrpy started using TikTok in 2016 when it was still known as Musical.ly. He often makes dance-based TikToks, but also makes comedy videos, usually featuring other fursuiters.

He has roughly 3.7 thousand followers on TikTok, and posts roughly three new TikToks a day and has started making content on his new out of his suit account, Derrpyoutofsuit which at this time is close to 30 followers.