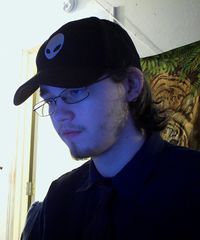 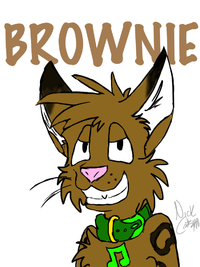 David Cramer (nicknamed B-Man) is an American actor, musician, and voice actor from Creve Coeur, Illinois, U.S.A. He uses a brown Savannah cat as his fursona.

As of December, 2012, David works at Starholder Games as a Programmer and as a 3D Modeler.

David co-created Radio Free Housepets! (then Housepets! Radio) with Nick Crotser. The first four episodes were recorded in a room in his home. David was a co-host of RFHP! but left the show in early 2012.