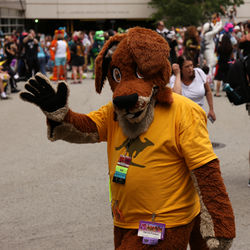 Danruk's fursona is a kangaroo. His fursuit was constructed by GEEKpaw Productions.[3]

He has been a "long standing Anthrocon staff member since 1997".[2][clarify]

On March 6, 2017,[4] police in Londonderry, New Hampshire, began investigating the report of a sexual assault on a fourteen-year-old boy.[5] The investigation found that Danruk met the boy in an online chatroom on February 26,[6] and, although Danruk was aware of the child’s age, he requested a photograph of the child engaging in sexually explicit conduct, which the child took and sent to him.[6]

Danruk continued to communicate with the boy over the Internet, and on March 4 he travelled from Massachusetts to the child’s residence in Londonderry, New Hampshire.[6][7] There, on March 4 and 5, Danruk sexually assaulted the boy multiple times.[6]

Massachusetts State Police and Plymouth police took Danruk into custody on March 20.[5] He waived extradition to New Hampshire, and was taken into custody by Londonderry police on March 23. He was charged with three counts of felonious sexual assault - statutory rape.[5] A forensic examination of his computers showed that he possessed various images and videos containing additional child pornography.[6] 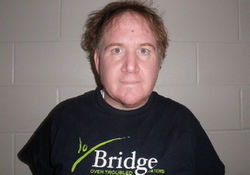 On April 5, the probable cause hearing was continued for another sixty days, after Danruk filed an agreement.[5] Danruk was not released on bail, as a judge agreed with prosecutors who believed he posed a flight risk.[8]

On September 14, 2017, acting U.S. Attorney John J. Farley announced that Danruk had pleaded guilty in federal court to one count of producing child pornography.[6] This plea agreement included a binding stipulated sentence of 204 months in prison followed by 10 years of supervised release.[6] A sentencing hearing was scheduled for December 21.[6] He was sentenced to 17 years to be followed by 10 years of supervised release. [9]