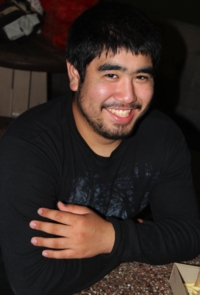 Daniel Steven Hamamoto, aka Daniel Hamamoto or Daniel the Panda, (born December 24, 1992) is an american furry singer-songwriter, rapper and actor from Cerritos, California.

Daniel was born in Long Beach, California and grew up and resided in Cerritos during his childhood. He lived in Utah from 2008 to 2010 and upon returning to California, he was featured on multiple episodes of "The Raccoon's Den" during the first two seasons. Daniel later joined the furry fandom when he became a cast member during its third season. On his Fur Affinity, Daniel's fursona is described as a "white panda with pastel blue eyes and a mullet ponytail". Daniel later departed from the show after season four ended when he moved away to Modesto, California, and became less active within the community in order to focus on his music.

During the Summer of 2014, Daniel moved to Hammond, Louisiana. He rejoined "The Raccoon's Den" to participate in their podcast "Pawsome!", became more active on FA by uploading old and recent tracks, joined Weasyl and on March 11, Daniel became active on YouTube with the "Monstervlogs" short series based off his second album[1]. During November 2015, Daniel announced he was moving back to California[2], he would later arrive on December 13th. This would be followed by a few guest appearances on "The Raccoon's Den" during its seventh season.[3]

Daniel's return to California was followed by launch of his own vlog series on YouTube called "Pandavlogs", where in the first episode he reintroduced himself, explained his reasons for moving to Louisiana (life situation and finances), his plans to live in Orange County and announced the eighth anniversary of when his first album "CHI to the NO" was released.[4] On August 21, 2016, Daniel announced he was engaged.[5] 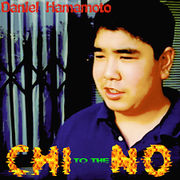 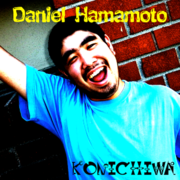 In December of 2007, Daniel began his music career with the release of "CHI to the NO"[6], this demo was released as an album after establishing a brief record deal with City Channel. With the record being well received, his second album "Snake Eyes" would later surface during the following year in May under a pre-order basis[7]. Both records where sold as gag gifts, having the appearance of a real album but containing multiple short recordings of him singing random phrases while aggressively playing a piano, occasionally accompanied by his mother and or sister yelling at him. "Snake Eyes" was met with poor reception compared to his debut album and at the request of his mother, Daniel's partnership with City Channel was terminated shortly after the release of the album due to privacy concerns on her behalf (her name appears on the record and can be heard in various tracks, both of which she had not been initially notified of). City Channel would later shut down in 2009[8].

After his partnership with City Channel was terminated, Daniel moved away to Utah, where he remained on hiatus until he moved back to Anaheim, California in 2010. Since his return, Daniel gained the rights back to his first two records and rereleased them as "demos" for personal reasons regarding quality concerns. He has currently released five singles and two studio albums ("Konichiwa" [2011][9] and "Monster" [2014][10]), shortly after the release of his second album, the track "Out My Ass" had gained enough recognition during Arizona Fur Con 2014 to inspire a contest for remixes during December[11]. The stopgap remix EP for "Out My Ass" was released on October 26, 2015 featuring GrymStep, Satch, Midekai and APW[12][13].