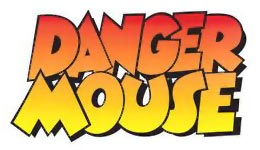 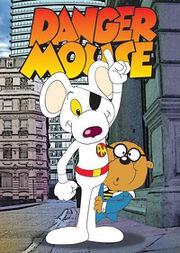 Danger Mouse is a British animated television series created by Cosgrove Hall Films for Thames Television, which originally aired between 1981 and 1992.

Danger Mouse is a mouse and his sidekick Penfold is a hamster, though many[who?] believe he is a mole like Secret Squirrel's Morocco Mole. Danger Mouse's nemesis is a toad named Baron Greenback, which has a fuzzy caterpillar as a pet named Nero.

It features the eponymous Danger Mouse, a British secret agent who happens to be a mouse. The show is a loose parody of British spy fiction, particularly James Bond and Danger Man. The eponymous hero wears a rakish eyepatch and his chest is prominently emblazoned with the initials DM. This causes problems for those translating the series into other languages, where a literal translation of the words "Danger" and "Mouse" do not share those initials; the Scots Gaelic version, for example, calls the series (and the lead) "Donnie Murdo" (two given names unconnected either with mice or danger).

Danger Mouse was the first British cartoon to break the American TV market, being shown on Nickelodeon in the 1980s. Since it went off air it has been periodically repeated and been released on DVD.

A long-running comic strip adaptation, written by Angus P. Allan and illustrated by Arthur Ranson, ran in Look-In magazine and was syndicated in various other magazines. Ranson also provided some backdrops for the TV series. Allen and Ranson's work was highly appreciated by Cosgrove Hall, and the pair were awarded an "Oh Goodness Oh Crikey" award in appreciation of their services. Artist Ranson later went on to illustrate Judge Anderson in the UK comic 2000 AD.