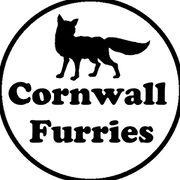 Cornwall Furries is a small regional furry group centered around the county of Cornwall in the United Kingdom. It is a subgroup of the SouthFurs group.

Whilst meets have been held in Cornwall as early as 2004, through the SouthFurs community, Cornwall Furries was only officially established as a standalone regional group by Tommy Fox in 2009. For the most part, this regional group existed only online, through facebook, steam and at other SouthFurs meets. In late 2014, this group merged with a small bi-weekly gaming bar furry meet run by Took for furries at Falmouth University and University of Exeter Cornwall Campus, from here it was decided that there was enough interest for the group to officially begin running its own regular furry meets for the region and discussions started to establish rules, staff and organise the groups first official meet.

The first official meet for the region was run on the 13th June 2015 in the counties capital, Truro. The meet was a chilled out meet and greet/potluck picnic meet and saw the attendance of 15 people, 4 of whom were fursuiters. Due to the success of the first meet, it was decided to continue holding regular meets in the region.

Due to the small size of the community in Cornwall, meets are not scheduled at regular dates or interviews like others in the region. The group aims to run at least 8 meets per year, depending on demand. Attendees often attend nearby meets such as PlymouthFurs, Exeter Furs and Bristol Furs.

Some examples of previous meets have been; a visit to the theme park Flambards, Bowling in Truro and Tri-yearly Free Laser Tag meets at Raze the Roof, Penryn. Cornwall furries also organise a meet up twice a year at Devcon Plymouth, a local sci-fi and comic convention.