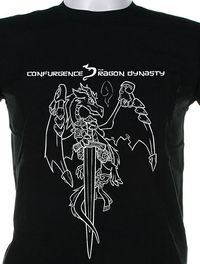 ConFurgence 2015 was the second ConFurgence convention. It took place over January 8-11, 2015,[2] and the theme was "The Dragon Dynasty", while the official charity was Save Our Tazzie Devils.

Originally scheduled to take place at the Jasper Hotel on Elizabeth Street,[2] in late June, 2014, it was announced that the convention would be returning to the Arrow on Swanston.

The guests of honour were Alector Fencer and Wicker (Telephone), with special guest xodingo.[3] Alector Fencer[4] and EZwolf[5] were also entered into the Furry Hall of Fame at this event.