Colombiafur is a furry regional group which caters to the furry community in Colombia and the Colombian diaspora, founded in early 2009 by Fibonacci Prower and Richard Wolf VI.

Originally hosted on Ning, they moved to Wall.fm and subsequently hosted their own social network using Oxwall before switching to mainstream networks. 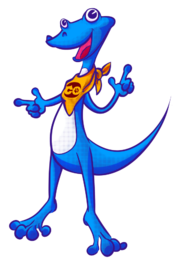 Colombiafur is the furry community in Colombia the idea came from the initiative and colaboration of furries around the country with the goal of including the colombian community into the furry community all around the world. Since 2005 Fibonacci has been hosting little meetings wich opened the way to the first official meeting on April 19 of 2009 called "Bogota Peluda" (Furry Bogota) wich took place at the mall Galerias, since then there has been more encounters in other cities like Medellin, Barranquilla and Bucaramanga

The Mission of Colombiafur is to bring together the lovers of this kind of art and acknowledge the furry fandom in Colombia Their vision is to be a reference point and model to the furry fandom in Latin America, to organize conventions and events wich brings together furries all around the globe

Colombiafur organizes artistic, cultural and social activities suitable for all ages, they can be online or in person and they invite each member to participate and give ideas to grow as a community and as an individual

Furry Cities is a series of events offering spaces to integrate in cities where initiatives arise to make a wide variety of activities related to the furry fandom, like drawing, sharing art or discuss ideas while chatting, playing videogames or having lunch

The next event took place in Centro Andino on May 25,2009

The first encounter lasting more than one day, in the mall Galerias on July 4 & 5 of 2009

Seeing how much the community had evolved, an event took place on December 21 of 2012 in the public library Virgilio Barco

The initiative in other cities started to take place, with this event on December 20, 2013, near Medellin river

Colombiafur has been present in different spaces that allow them to open themselves to a general public and share their experiences with this. Interacting with other subcultures Colombiafur tries to grow and fulfill their work to make the furry in Colombia.

In an interview for the program voices RCN Fibonacci talks about the furry and the community expands their presence in the media on August 17, 2012

Fibo, as his friends call him, discovered the furry fandom in 2003 and began organizing events since 2005, something that settled the bases to stablishing what would later become Colombiafur, him being the cofounder. Besides his activities in Colombiafur, Fibo was also the cofounder of Wikifur on its Spanish version.