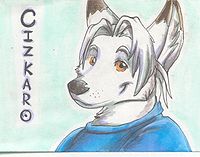 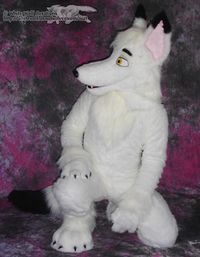 Cizkaro was a MILFur Machinist's Mate as well as a Search and Rescue (SAR) swimmer with the U.S. Navy onboard the USS John F. Kennedy and the USS Theodore Roosevelt.

Cizkaro is active in the fursuit community, with his present suit having been tailored by Stormfire Studios in 2012. His fursona is a kitsune/arctic fox hybrid.