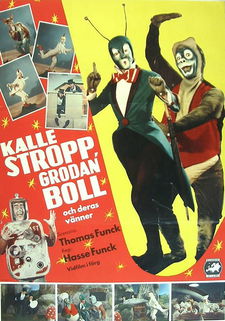 This is the first time since before 1987 where a Kalle Stropp production features voice acting by others than only Funck himself, with the exception of child voice actors. Also notable is that The Hen, one of the prominent characters in the Kalle Stropp canon, doesn't appear.