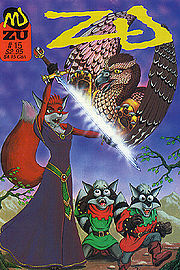 Charles was nominated several times for an Ursa Major Award; first in 2002 for best illustration – the cover of Wild Kingdom #13 – and once in 2003 for best short story – Riding The Lady in Tales of the Tai-Pan Universe #33.