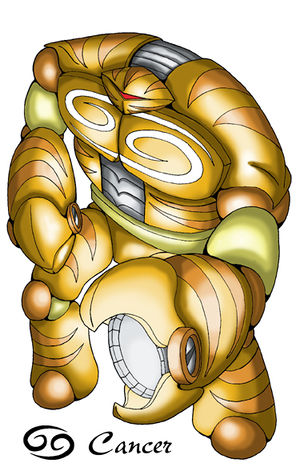 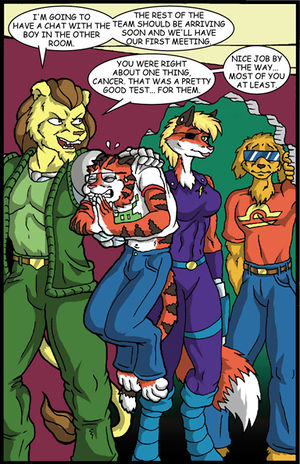 Cancer in civilian attire (that's him in the middle)

Cancer is one of twelve members of the superhero team Zodiac.

The boy known as Cancer is in many ways vital to the team Zodiac. In his armor, he is a major source of firepower, strength and toughness to the group and outside of combat he is responsible for the equipment and technology that makes the team possible.

All of this would be great except that Cancer has the ego one would expect for a 13 year old male genius who has been running his own life for some time now. The only one that seems to be able to keep him in check is his grandmother who happens to be one of the New Dawn executives and Zodiac board members.