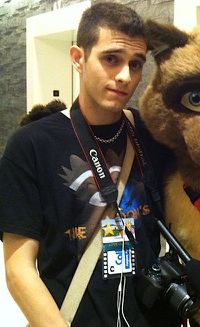 Bandit the Raccoon (real name Christopher, born September 25, 1993), is a film maker/documentarian, composer and producer in Hemet, California. Bandit is also the host of The Raccoon's Den. 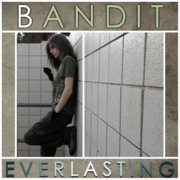 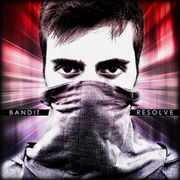 Bandit has been a furry fan since 2006, sparking interest after seeing the film "Over the Hedge" (which inspired his Raccoon fursona) and later joining the fandom on July 20th. He became publicly active in the community as a film maker/documentarian when he created "The Raccoon's Den" in 2009. Bandit has attended many furmeets in Southern California, along with five conventions, all of which have been showcased on his series.

In 2009, Bandit created "The Raccoon's Den", a web show where he has gone from personal vlogs, to showcasing various furry events, along with occasional coverage of non-furry topics and interviews with friends, artists and fandom icons. Bandit does most of the video editing and design work. Although intended to give both furries and non-furries more insight into the community, the show has occasionally gained controversey due to seemingly disparaging remarks on sensative topics. Currently in its seventh season, the series transitioned into a Docudramedy, where viewers are introduced to various personal life experiences in and outside of the fandom through the group members. Bandit announced through an episode of the series that he had been secretly filming various aspects of the fandom as a documentarian in attempt to get an honest perspective of the community, noting that those who show involvement with general media outside of the fandom are not as welcome as those within it. In 2016, the channel of the series established a partnership with Channel Frederator Network, which now assists in the production of the series alongside World of Furries, Catalogue Gamma, YouTube and FurAffinity[1].

Bandit produces music in the electronica genre, his solo work varies from ambience and chillwave to electroclash and drum and bass. He has currently released five singles, one EP, "Solace" (2014)[2], and two albums, "Everlasting" (2010)[3] and "Resolve" (2013)[4]. Since 2011 he has produced other genres of music for Daniel Hamamoto[5] and most recently Andre Abreo[6].

On June 14, 2013, Bandit was interviewed on his web series "The Raccoon's Den", where he discussed the history of the show, how it was created and developing plans, along with backstory on his involvement with the fandom[11].