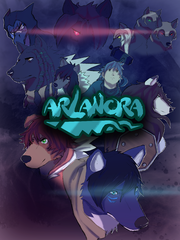 Arlanora had a Kickstarter in February 2016 with a goal of helping with development, production and publishing for late 2017.

The game has recently been greenlit on steam greenlight!