Anim (pronounced ah'-neem) was an online community hosted in Washington, D.C. showcasing various forms of artwork, comics, stories, photos, sculptures, music and animations. It was launched in June 16, 2010 by Chico. The site was commonly targeted to people with obsessive interests, particularly anime & furry. 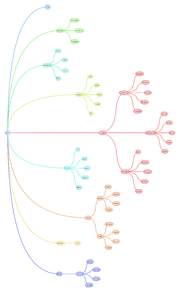 Anim is an imageboard, a gallery, a chat, a calendar, a blog and a place for fan subs/dubs of anime, western cartoons and furry shows. High-definition videos could be uploaded to the gallery using their homemade flash video player.

The name (Anim) is the abbreviation of the word "animation" and a typo of the word “anime”. Their logo represented the number six "6" in tagalog.

The site did not allow pornographic material to be submitted, however "tasteful" nudity was allowed.