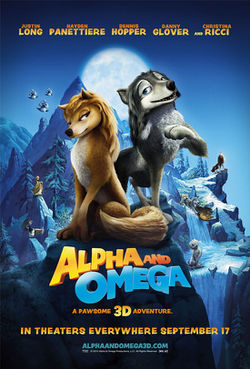 It starts with two wolf pups, Kate and Humphrey, who are very much different from each other. Kate is the Alpha female who acts on duty, discipline, and responsibility as her main aspects; while Humphrey is the Omega male who acts on being humorous, friendship, and frivolity as his. They lived like the way they were in their roles in the wolf pack, they don't mix, mingle, or mate, for this was the society they grew up in. In her pack, Kate's role was to marry another pack's Alpha, Garth, to keep tensions down between the two packs. However, things changed when both Kate and Humphrey were taken away by park rangers from where they live, Jasper Springs, Canada, to be relocated to Sawtooth Park, Idaho. It is then that they must travel cross-country, working together, to get back home. However as they travel through dangerous terrain somethings happens that will change everything for them and the packs, they fall in love with each other.